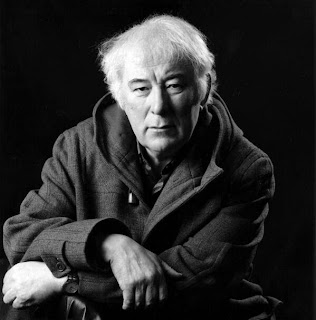 Recognised by many people worldwide as the best Irish poet since Yeats, and studied by most school children in Ireland, Heaney began his career as a teacher before embarking on the career in poetry that led to him winning the Nobel prize for literature in 1995.


The Nobel prize-winner was born in April 1939, eldest of nine children, on a farm called Mossbawn near Bellaghy in Co Derry, Northern Ireland.

"Let whoever can, win glory before death"

His world renowned poetry first came to public attention in the mid-1960s with his first major collection, Death Of A Naturalist, published in 1966.

Taoiseach Enda Kenny quite rightly stated that "He belongs with Joyce, Yeats, Shaw and Beckett in the pantheon of our greatest literary exponents."


Heaney was made an honorary fellow at Trinity College Dublin and just last year was bestowed with the Seamus Heaney Professorship in Irish Writing at the university. 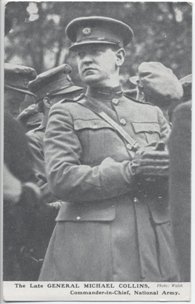 An Irish revolutionary leader, Minister for Finance and Teachta Dála (TD) for Cork South in the First Dáil of 1919, Director of Intelligence for the IRA, and member of the Irish delegation during the Anglo-Irish Treaty negotiations.

Collins was assassinated in August 1922 during the Irish Civil War at an ambush of his journey returning from Bandon, the village of Béal na Bláth. Collins's men brought his body back to Cork where it was then shipped to Dublin. His funeral mass took place at Dublin's Pro Cathedral (St Mary's) with approx 500,000 people (one fifth of the country's population) attended his funeral. 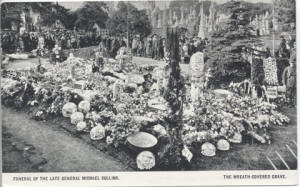 "In my opinion it gives us freedom, not the ultimate freedom that all nations desire
... but the freedom to achieve it."
Michael Collins on the Treaty in debates. 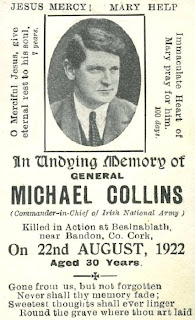 Posted by The Glam Reaper at 06:03 No comments:


American film director, film producer, writer, artist and animator. He is famous for his dark, gothic, macabre and quirky take on horror and fantasy style movies such as

He also wrote and illustrated the poetry book The Melancholy Death of Oyster Boy & Other Stories, published in 1997, and a compilation of his drawings, sketches and other artwork, entitled The Art of Tim Burton, was released in 2009.


Burton's successful short film 'Stalk of the Celery Monster' attracted the attention of Walt Disney Productions' animation studio, who offered a young Burton apprenticeship at their studio where he worked as an animator, storyboard artist and concept artist on films such as The Fox and the Hound, The Black Cauldron and Tron.


'Stalk of the Celery Monster'

While at Disney in 1982, Burton made his first short 'Vincent' a six-minute black-and-white stop motion film. The film was produced by Rick Heinrichs, a guy Burton had befriended while working at Disney.

Burton's next live-action short was a black and white movie called Frankenweenie which was released in 1984 and a little dark by Disney standards - it tells the story of a young boy who tries to revive his dog after it is run over by a car.  After this film was completed, Disney fired Burton, claiming he spent the company's resources on a film that would be too scary for children to watch.

Posted by The Glam Reaper at 10:57 No comments: