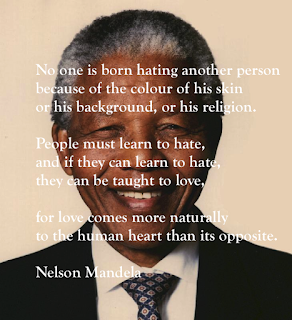 Former president of South Africa (1994-9) and an anti-apartheid revolutionary and politician, he was the first black South African to hold office and is often described as "the father of the nation".

His government focused on dismantling the legacy of apartheid through tackling institutionalised racism, poverty and inequality, and fostering racial reconciliation. Politically an African nationalist and democratic socialist, he served as the President of the African National Congress (ANC) from 1991 to 1997. Internationally, Mandela was the Secretary General of the Non-Aligned Movement from 1998 to 1999.

After the National Party came to power in 1948 and implementing their policy of apartheid, he rose to prominence and working as a lawyer, he was repeatedly arrested. In 1962 he was arrested, convicted of sabotage and conspiracy to overthrow the African government, and sentenced to life imprisonment.

Mandela served 27 years in 3 different prisons. An international campaign lobbied for his release and was finally granted in 1990 after which he soon became president and implement anti apartheid laws.

Internationally, he acted as mediator between Libya and the United Kingdom in the Pan Am Flight 103 bombing trial.

After his presidential term he refocussed his efforts on more charitable work in combating poverty and HIV/AIDS through the Nelson Mandela Foundation. 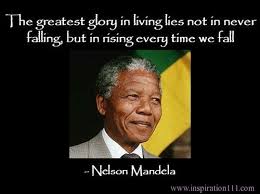 He received international acclaim for his anti-colonial and anti-apartheid stance, having received over 250 awards, including the 1993 Nobel Peace Prize, the US Presidential Medal of Freedom and the Soviet Order of Lenin.
Posted by The Glam Reaper at 20:16